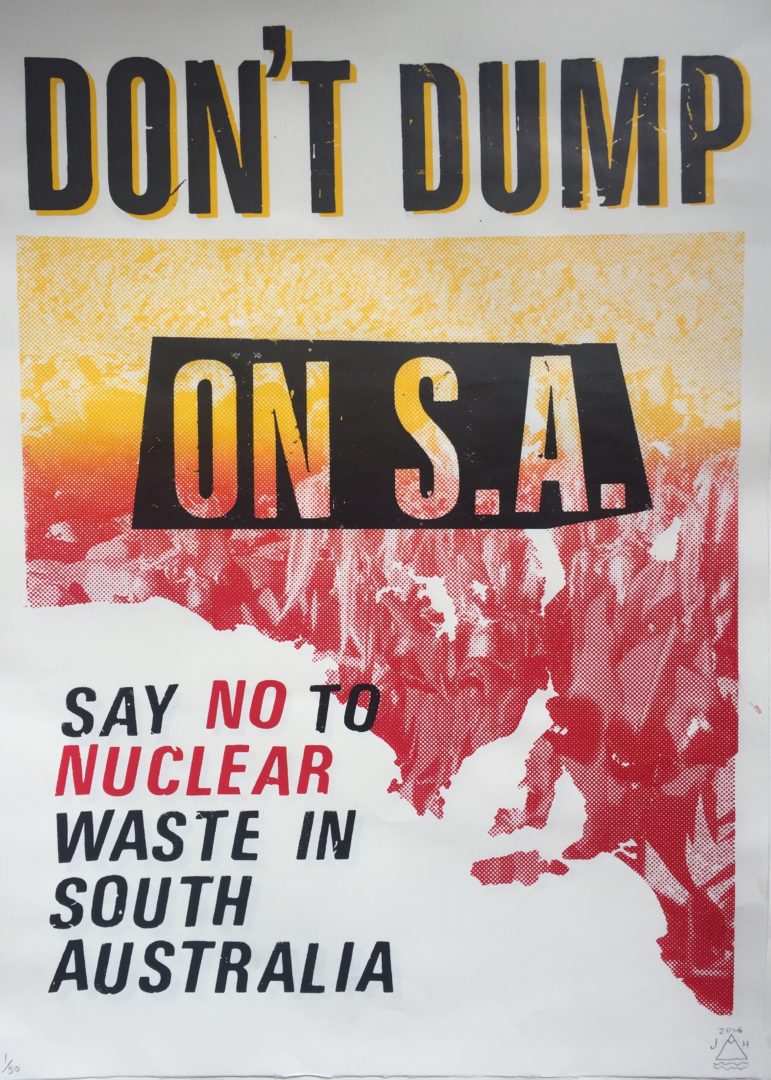 The Australian Nuclear Free Alliance is supporting a national day of action this Saturday against proposed radioactive waste dumps in South Australia and calling for current proposals to be immediately abandoned.

A national radioactive dump is proposed on Adnyamathanha Land in the Flinders Ranges. In addition, the SA Government’s Royal Commission into the Nuclear Fuel Cycle has recommended an international waste importation and storage/disposal industry be pursued.

The Australian Nuclear Free Alliance (ANFA) formed in 1997 and has been a key support network for previous campaigns that stopped radioactive dumps in South Australia and the Northern Territory.

ANFA co-chair Sue Coleman-Haseldine’s family suffers intergenerational impacts from the Maralinga nuclear bombs tests. She said, “They’ve poisoned us once and there’s no way in the world we’re going to let them do it again. We are standing up against the waste dump to say ‘not here, not anywhere’.”

ANFA co-chair Birrugan Dunn-Velasco stated, “There is a known consensus amongst the international scientific community that we do not fully understanding of the long term impacts of the nuclear chain to ecosystems, people and community. There are hazardous and insidious chemicals used that have very long-term impacts. The powers that instigate this violence upon people and our earth must be challenged and stopped.”

“ANFA will always support communities asserting their sovereign right to defend their homeland and culture for the many generations to come,” Mr Dunn-Velasco added.