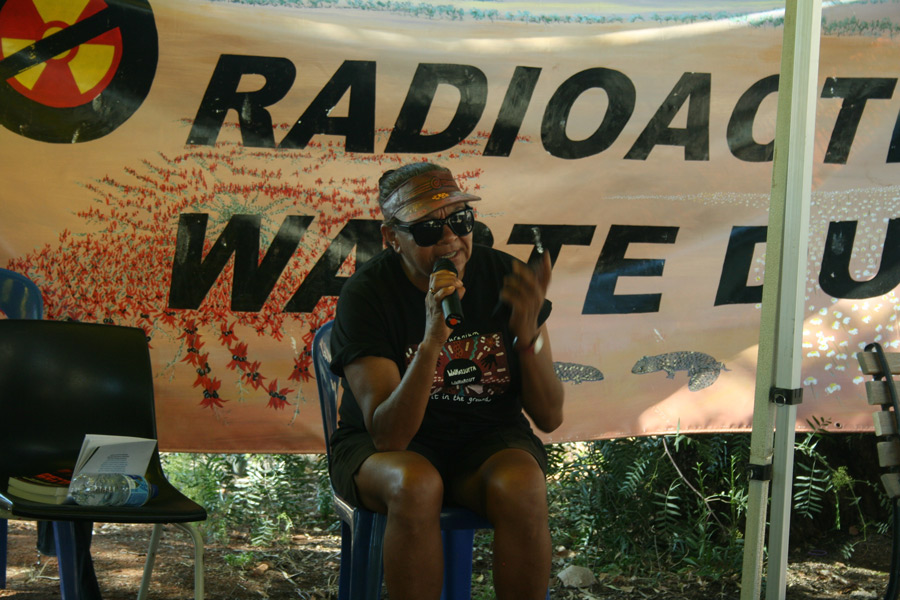 In response to yesterday’s release by the Nuclear Fuel Cycle Royal Commission of its
tentative findings, the Aboriginal led Australian Nuclear Free Alliance has slammed
its main recommendation that South Australia should host a high level international
nuclear waste dump.

“They don’t want to put it in the cities but in the desert because it is so deadly,” said
Arabunna elder and Australian Nuclear Free Alliance president Kevin Buzzacott.

“The desert isn’t empty. It has an ecosystem, it has people, and Aboriginal people
have cultural connections to that land and an obligation to care for it. This is a
disgraceful legacy for future generations.

Is this what we want to leave our children, the burden of dealing with radioactive waste that no other country wants or can deal with?” asked Mr Buzzacott.

Rebecca Bear-Wingfield, Kokatha and Arabunna senior woman and Australian
NuclearFree Alliance co-chair, attended the International Physicians for the
Prevention of Nuclear War conference in 2010, where the dangerous health impacts
of radioactive exposure were reaffirmed.

“This proposal promises long term damage for short
–
term profit. There isn’t a high level waste dump in operation anywhere in the world, so we are likel
y to just end up with stockpiles of radioactive waste and nowhere to put it,” Ms Wingfield continued.

“Both indigenous and non-indigenous people have been affected by the environmental and health related impacts of the British bomb tests, and now they want to impose an international nuclear waste dump on us.

This has been defeated in South Australia once before and we will continue to fight.”